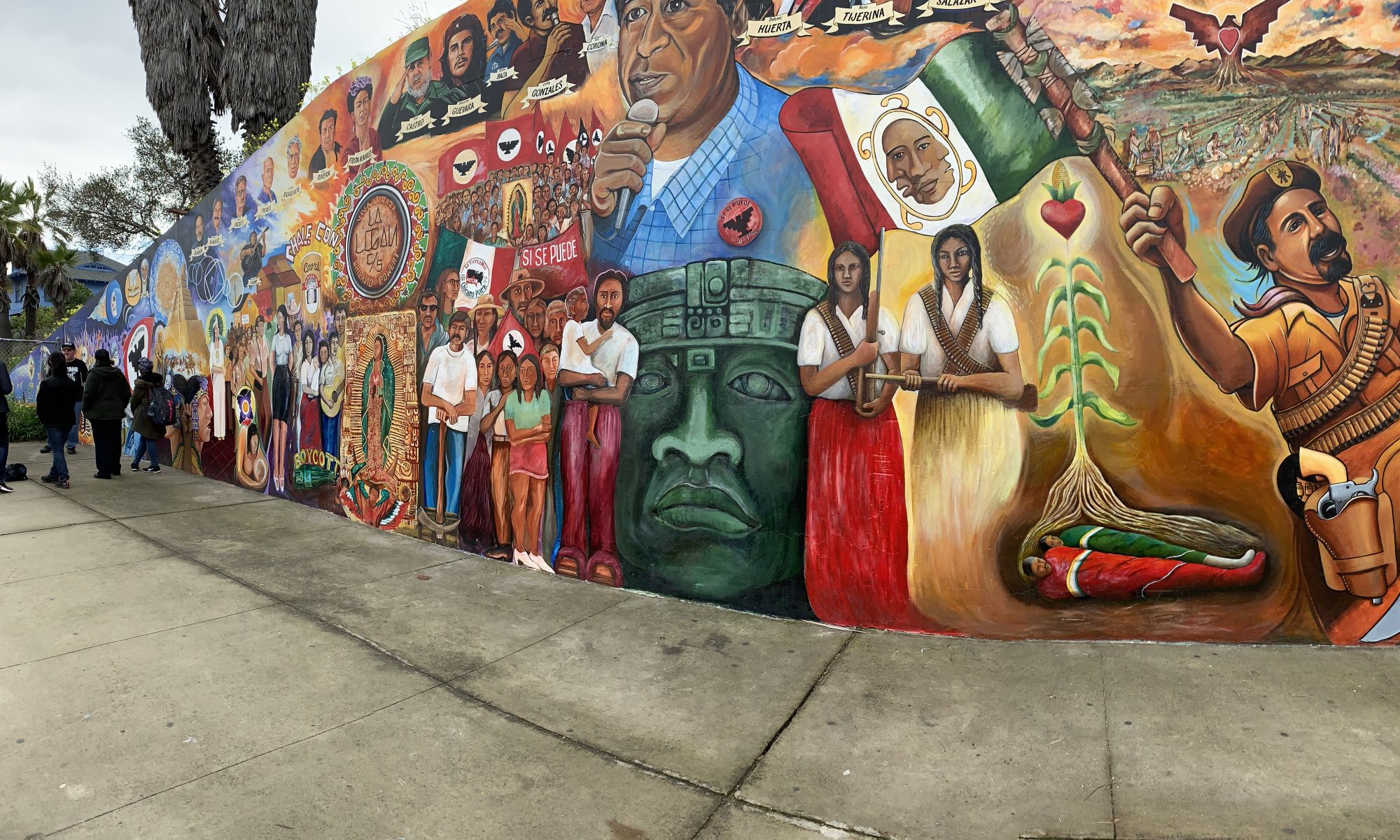 Moving us Toward a Tomorrow

MG: Thank you for that very insightful response and you mention a lot that has diminished and discriminated certain communities. That is also something you argue in your Conversations on Cognitive Cultural Studies with Patrick Colm Hogan (2014). Both of you agree that such narratives depicting issues such as racism, sexism, and classism educate their readership to some extent as well instead of just being ‘the’ negative story that cannot be told because they contain several words or aspects that are highly questionable today. As I can tell so far, you would agree that this also holds true for Chicanx narratives. Is there a chance that those narratives enable readers to better understand those characters and cultures they encounter in these texts by looking at more perspectives than just the negative ones but also trying to see the bilingual aspect as something that is not just there for aesthetics?

FLA: This is another complicated question. When I wrote Long Stories Cut Short, I purposefully wrote it both in English and in Spanish and I worked with the press to make sure that they did not put walls up between the two. So, a flash fiction will appear in English and it will, without a page break, run right into the Spanish. You will still see the title of it in Spanish followed by the flash fiction in Spanish, but the two stories will run into each other. The typical bilingual move in a book is to have the story in Spanish on one page and the identical story translated into English on the opposite page as a kind of education tool.  That is not how we exist in this country as Latinxs. No matter what degree of fluency in Spanish or English, one way or another Latinxs in the US are surrounded by both. It is important that Long Stories Cut Short conveyed this linguistic hemispheric borderlands space. I think the closer we can get to the distillation and aesthetic reconstruction of what actually happens in our communities and in our families as Latinxs, the more enriching the experience will be for everybody.

As I mentioned before, creators can choose to create a storyworld to edify someone who does not know the experience; or they can choose to tell the best dang story about these sets of characters that are going to be as detailed and specific about their lives and their emotion systems, and their ethics that will create a rich story about this Chicanx family or protagonist etc. The latter option is where I would go. Like a García Márquez or a Faulkner or a Díaz, the more you go into the kind of depth and detail of a specific place, of a specific character and their movement within that storyworld space, it will eventually reach back out into a kind of connection with many, many people outside of that experience.

So yes, go deep into it and that includes language, that includes cultural references, it includes details all the way down to socks and shoes and the kinds of nails you use to build a house etc. Then it will reach back out to a general or more broad audience. If you start your creation thinking you want to appeal to everybody, it will likely fall flat. We see that with Hollywood movies all the time. They are factory-created, and they very often try to appeal to everybody out of the gate and they might entertain you for two hours while you are eating your popcorn, but you don’t go back to them. The ones that you go back to really understand and to experience again and again are the ones that deep-dive into the specificity of the human condition.

MG: The idea of going deep into the experience also brings me to my final question because you have hinted on several ideas that you deem important and that need to be further explored. There has been research on texts by Chicanx writers and there has been conducted from a cognitive cultural studies perspective, chiefly in your own work and also by other scholars such as Christopher González in his recent Permissible Narratives. The Promise of Latino/a Literature (2017). Are there any elements you would like to see explored in future research? Are there specific tropes and issues that need further investigation?

FLA: In addition to González’s book there are several others. I think of Ralph Rodriguez’s Latinx Literature Unbound (2018) and Ylce Irizarry’s Chicana/o and Latina/o Fiction: The New Memory of Latinidad (2017). What I like about these books is that they move us toward a tomorrow in terms of what Latinx literature is doing and might be doing and why it might not be doing it, why authors might not be creating in the ways that we would hope they might be creating.

Let me be more specific: One thing that I have noticed in Chicanx Literature and also in all levels, from children’s literature all the way through adult literature, is that we do not have much of a tradition of fiction that calls attention to itself. We have People of Paper (Salvador Plascencia, 2006), Victuum (Isabella Rios, 1976), and a couple of Alejandro Morales’ novels like Waiting to Happen (2001) where there is experimental play. I just put together a volume of essays on Giannina Braschi’s work The United States of Banana (2011) and Yo-Yo Boing (2011). Braschi really pushes the envelope on storytelling by stretching our gap-filling capacities and immersing readers in Spanish and English for pages and pages. I would love to see more of that.

We are writing this fiction. It is just that publishers tend to impose straight-jackets on Latinx creators. They are like, “No, right now what is selling is like the ghetto narrative, now what is selling is the tortilla recipe story. So, unless you are going to write those, we are not interested in publishing you”. So, we go knocking door to door, hoping that someone will publish our work because it does not fit into these predetermined narrative molds. González’s notion of the permissible narrative captures this well. González also identifies a long tradition of outre Latinx authors who created “challenging narratives” who resist what is deemed permissible. I’d like to see our impermissible narratives get into the hands of readers. Until this happens, our sense of a Latinx creative futurity will be stalled.