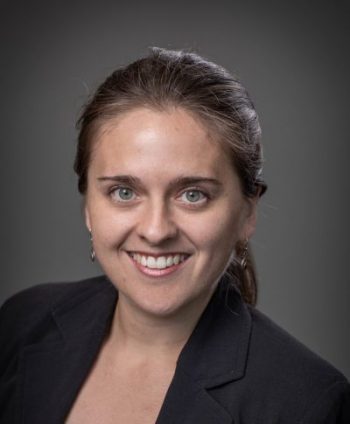 As a white high school student, my memory of “Ethnic American Literature” was that it was largely relegated to a summer reading list. We were expected to select one book and write about it on the first day of class. I think I chose something by Toni Morrison, but the richness of that work was lost on me. Despite having limited discussions about ethnic American experiences in school, Mexican Americans became a part of my life as classmates, co-workers, and eventually family. I remember thinking, “Why are there no Mexicans in any of the books we’ve been assigned for class?” but I did not spend much time thinking about the consequences of that erasure until there were Mexican American children in my family and Mexican American students in my own classroom. It was not until I started my MA in Spanish literature that I took the time to research the issue and try to make sense of my experiences. I learned vocabulary for talking about how the celebratory, post-racial multiculturalism I grew up with framed the inclusion of “Ethnic American Literature” as if social injustice were a thing of the past. While many humanities scholars are deeply invested in confronting social injustice, Eurocentric structuring of area studies and the rise of color-blind multiculturalism promotes the belief that our study of human culture has allowed us to overcome social inequities.

In Humanitarian Violence: The U.S. Deployment of Diversity, Neda Atanasoski, argues that multicultural pluralism in the current era has replaced religious tolerance of the colonial period to promote a similar nationalist narrative of American exceptionalism. Framed as liberating ideology, multiculturalism is built on the belief that the U.S. transcended its past of racial injustice and for that reason can produce a system of normative values (10-11). The term ‘multicultural’ does not inherently index blindness to inequalities, but curricula and their implementation often lead young people to believe that, despite the stark contrasts between their own and their classmates’ life chances, people of all colors, cultures, and backgrounds have equal space and opportunities. In this post-racial fantasy, Martin Luther King Day often means students can stay home and take a day off.

Teaching allowed me to learn from a diverse group of students and their families: middle and high schoolers in rural Iowa, K-8 English Language Learners in urban Venezuela, and university Spanish world language students as well as Spanish heritage language students in Iowa and Ohio. Yet, across these experiences, I struggled to arm students with skills needed to critique the limited perspectives offered by the pedagogical materials available. As my K-8 English students and I discussed author introductions about Sandra Cisneros and Gary Soto, I was not prepared to help them challenge the way textbooks reinforced a belief in meritocracy. By portraying Latinx authors as having beaten the odds to overcome poverty, my teacher resource materials did not ask students to think critically about the root causes and systemic continuation of poverty. When teaching Spanish, I found the same story repeated in Spanish world language textbooks that celebrate heroes such José Hernández as exceptional for being an astronaut with humble migrant workers for parents. These inspirational stories and role models are valuable and, yet there is an urgent need for stories that confront the continuation of injustices, expose the reasons behind the scarcity of these success stories, and address complex contradictions among multiple cultural histories. Race, gender, sexuality, language, and immigration status have much more to do with life chances than bootstraps and our youth must be prepared to push back against American mythology that insists otherwise.

While Latinx voices are often used to spin bootstrap fantasies, the lived experiences of undocumented Latinx immigrants are especially excluded from the construction of a harmonious, multicultural world. We go to school, work alongside, and love undocumented people, and yet their subjectivities have little to no place in our classrooms. Particularly for those of us working to build alliances with students who are undocumented or have DACA status, we must intervene by undoing the ways that our curricula reinforce these erasures. Undocumented students are portrayed in the media and treated by politicians as well as some educators as if they were “invading” schools, “draining” resources, and “dumbing down” coursework. Recognizing that US capitalism and dominance of the Global North depends on the systemic oppression of undocumented communities threatens the notion that we live in a just society and is quickly vilified and dismissed. Moreover, these dominant stories fuel and justify legislation and social policies that subjugate undocumented communities to continue profiting from their labor by denying them state protections.

Motivated by pedagogical urgencies, I began searching for Latinx literature to provide new entry points that emphasize undocumented Latinx agency and collective struggle instead of exceptionalism. Although our educational institutions have never been the great equalizers they claim to be, I aim to contribute solutions by fostering social justice frameworks that are not only celebratory. In this vein, we as scholars and educators can equip ourselves and our students with the critical tools needed to resist the silencing of undocumented narratives both inside and beyond the classroom. While there are many fields that shape discourse about undocumented immigrants (education, law, health sciences, etc.), the humanities can offer much needed perspectives to these fields and contribute to this issue. Literary and cultural studies have a privileged position to recognize undocumented immigrants as social actors by investigating the narrative strategies they use to shape this discourse themselves.

I asked myself, “where do I find these narratives?” Politicians and pop culture often offer limiting portrayals: undocumented Latinxs are either villains or unsuspecting fools to be saved. I had yet to find anything that resembled the undocumented people that had become a part of my life. So, I looked for stories that were produced in part by those who had at one time been undocumented themselves or had undocumented family. While these kinds of works are not innately better able to foreground agency, the inclusion of undocumented people in the process is more likely to remain based in the experiences and perspectives of those who are most directly impacted by this social injustice. These narratives often use surrogates, or privileged participants who amplify undocumented voices that can otherwise not speak for fear of detention and deportation.

The piece that set my search in motion was a play called The Story of Our Lives, (La historia de nuestras vidas) written by a group of Latino men detained during the 2008 Immigration and Customs Enforcement (ICE) raid in Postville, Iowa. I am haunted by that moment in my state’s history. I had just graduated from college and landed my first teaching job at the high school in West Liberty, Iowa. The Postville raid was the subject of one of my first faculty meetings: since we also had a meat-packing plant, what would we do if our town were next? We watched, horrified, at how Postville was ruined both spiritually and economically. I appreciated how my school prepared to offer sanctuary for our students should their parents be detained, but I could not shake the feeling that, because we failed to do more, we were complicit with detention and deportation policies. Reading the creative collaboration of detainee testimonial accounts in The Story of Our Lives prompted me to consider how undocumented lived experiences must be central to any initiative for social change.

After reading that play, I found other works that also interrupt the naturalization of migrant suffering and highlight the agency and support networks of undocumented Latinx communities. I read comics such as Rosita Gets Scared/ Rosita Se Asusta (2017),designed by Vicko Alvarez to help immigrant children with fear of deportation, and The Most Costly Journey/ El viaje más caro, a collaboration between comic artists and undocumented dairy farm workers in Vermont to address the physical and mental harm of isolation. I found memoirs: The Undocumented Americans (2019) by Karla Cornejo Villavicencio, Undocumented: A Dominican Boy’s Odyssey from a Homeless Shelter to the Ivy League (2015) by Dan-el Padilla Peralta, and Illegal (2014) by José Ángel N. I also analyzed songs and their corresponding music videos: “ICE El Hielo” (2013) by the Grammy Award winning group, La Santa Cecilia, and “Crónica Inmigrante” (2017) by the Chicago-based band, Quinto Imperio.

These works subvert dominant narratives about undocumented immigrants and justify their decision to remain in the United States. Crucially, they do so in diverse ways. Part of my experience reading these stories has meant refusing to erase difference among their creators. Social and Cultural Analysis scholar Cristina Beltrán interrogates prescriptiveness that demands sameness, examining the theoretical costs of how both advocates and adversaries of Latinx power use homogenizing logic that conflates identity and political agreement. In The Problem with Unity: Latino Politics and the Creation of Identity, she rejects the idea that the discovery of some unitary core is required to realize Latinx political power. For Beltrán, this obscures the multiplicity of political subjects’ actions and intentions and limits our understanding of political possibilities. In the case of undocumented Latinx communities in the US, there is danger in imagining an easy consensus about what social action is needed or how the cause should be advanced. In recognizing the complex heterogeneity of plural Latinx identity construction, I analyze the tensions that exist among Latinx voices: from calling for a dismantling of immigration law and policies to supporting immigration reform and critiquing the ambivalent and paternalistic nature of U.S. liberalism.

My search for undocumented Latinx stories drives me to reflect on how I may shape students’ perspectives through reading. I aim to heed cultural and medical anthropologist Alyshia Gálvez’s model; every course is about epistemology. I want to continually evaluate the diversity offered in my syllabus and teach my students to think critically about, “whose knowledge “counts” and whose knowledge has been systematically marginalized” (Gálvez). Schools across the US claim to prepare their students to become global citizens. My hope is that all educators invite students to consider how we define citizenship and learn from the Americans denied it.

Atanasoski, Neda. Humanitarian Violence: The U.S. Deployment of Diversity. U of Minnesota P, 2013.

Beltrán, Cristina. The Trouble with Unity: Latino Politics and the Creation of Identity. Oxford UP, 2010.

Stacey Alex is an assistant professor of Spanish and Latinx Studies at Morningside College in Sioux City, Iowa. She completed her B.A. and M.A. at The University of Iowa and her Ph.D. in Latin American Literary and Cultural Studies at The Ohio State University. She researches undocumented Latinx immigrant narratives, Latinx folklore, and Latinx pop culture. Learn more about Dr. Alex on her website.