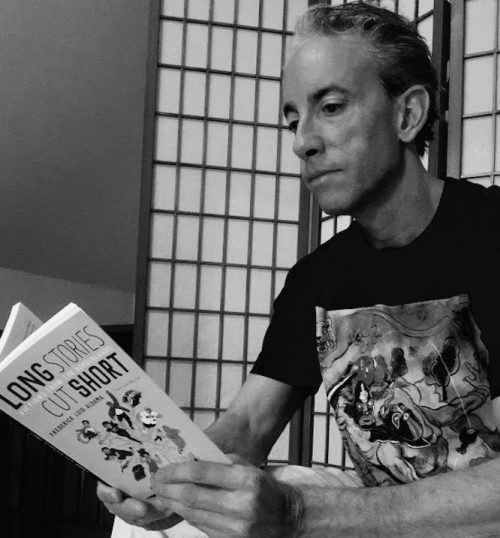 Try putting yourself in my place, the place I was in as a Latinx sophomore in high school when I experienced for the first time the “radioactive” shocks and revelations emitted by very well crafted novels and plays. A latch-key kid, I spent a lot of time at our local library. Fortunately, I became very good friends with a polymath librarian. She introduced me to all variety of wondrous storyworlds. They included, for instance, Yasunari Kawabata’s Beauty and Sadness that dished up a poignant lesson in the aesthetics of objects and nature, as well as of love; I discovered the ludic play with identities in Luigi Pirandello’s novels and plays—among them The Late Mattia Pascal, One, None and a Hundred Thousand, Six Characters in Search of an Author. And, I found my way to Max Frisch’s mind-bending  I’m Not Stiller as well as Friedrich Dürrenmatt’s crime fiction. What really caught my mind and that became my steady diet were novels by African American authors such as Toni Morison, John Edgar Wideman, and Ishmael Reed; I was stunned by how each used radically different shaping devices to uncover the underbelly of a racist US society.  I can say for certain that it was Reed’s Mumbo Jumbo that lead me back in time to Rabelais and Swift; it was the fabulous wordsmith of written vernacular, John Edgar Wideman, that would find its way back in my life many years later as one of main sources of inspiration for the writing of my own book of fiction, Long Stories Cut Short: Fictions from the Borderlands.

It was in the space of the library filled with word-built storyworlds that I experienced the greatest shocks and revelations: my ecstatic reading of García Márquez’s One Hundred Years of Solitude. The novel as art and genre became the most magic source of pure delight. It would resurface again and again in my work, and most centrally in my first scholarly work, Postethnic Narrative Criticism (2003).

As confirmed by Fernando del Paso’s Palinuro of Mexico, no literary invention, no image, no word, no sound, no subject is foreign to the novel, this most capacious of vehicles. So when in college I read Goethe’s pronouncements about local and  national literatures evolving within national boundaries while pointing to a future synthesis that gives birth to a world literature, I was more than ready to agree. Everywhere each author is unique, a real creator, a true maker of narrative wonders. But while each author in each country and language is an innovator in subject matter, and sometimes also with respect to storytelling instruments  or techniques, it is also true that authors enrich over time the content of their toolbox, adding to it the most precise and delicate instruments to better tell stories according to the dictates and dictations of their minds. It’s a planetary toolbox to which all writers pitch in and is always at their disposal, an ongoing process existing at least since Homer. And it is the content of this toolbox that has become the substance of global literature. Now, of course, it is the toolbox itself that comprises the discipline called “narratology.”

As I mentioned, I started inhabiting the space of planetary literature years before I even knew the existence of such concept, not to speak of the term “narratology.” But at the same time my reading experience had been anything but parochial. So once again there was an openness on my part and a very intense curiosity.

When I was an undergraduate at Berkeley and even more so as a graduate student at Stanford, I became extremely excited about Latinx literature and film and their study, but I also felt the pressing need to go to the roots, if they existed and had been scientifically studied, of the amazing phenomenon of  creativity: by what means in our possession as Latinxs and as human beings generally do we achieve the amazing feats of artistic creativity and scientific innovation. I wanted to understand better how is it that our brain has evolved the capacity to imagine, to sculpt a story initially formed in the mind, then to materialize it step by step, by trial and error, by frequent contrast between conception and provisional result, by a non-stop use of all intellectual and affective faculties, while the story is also being shaped by fingers typing or by writing done by hand or by vocal expression when dictating or simply testing the sound of the written word, as Flaubert famously did with all his texts in his gueuloir. Most often, films have a written support—a script—so this also applies to cinematographic creation which further includes the use of sound and cameras and many other things, and to the use of pencil and paper to geometrize narratives in the form of comics.

How do we begin to get at an understanding of the foundations of creativity and storytelling? Well, first of all, cognitive science has made tremendous breakthroughs in this area; it’s no longer a largely speculative science with little empirical research and findings. On the contrary, it is now an exploratory and richly expansive science. The great advances in the neurosciences are helping the development of the subfield of neuro-aesthetics. Results based on verifiable research are allowing us to better understand how we create narratives and how our brains/minds work to step into storytelling schemas and then radically revise those schemas. Whether you are in a movie theater or home reading a novel or a comic book, it’s now possible to use non-invasive techniques to study what is going on in your brain. Acts of perception and the use of all our other senses can be studied to know how they reach such and such areas of the brain and are translated into both emotion and intellectual imaginative responses.

Neurobiology is already a huge domain of knowledge and research, an enormous treasure trove of possible findings for the study of artistic creation in general and for literary and graphic books theory in particular. As far as narrative theory goes, well, already as an undergraduate at Berkeley I was drawn to courses taught by the remarkable narratologist, the late Seymour Chatman. Of course, these supplemented important courses on Chicanx—taught by professors Alfred Arteaga and Genaro Padilla—and African American literature—the late Professor Barbara Christian. As an undergraduate I found Chatman’s attention to story and discourse extremely important and suggestive; I also found Professor Robert Alter’s courses on style extremely productive. The tools and concepts of narrative theory allowed me to go beyond just character or thematic analysis. It allowed me to see not only how authors give respective shape to their Chicanx narratives but also how they build signposts into their fictions that, once the text is in the world, allow readers like myself to identify the cultural signifiers and thus be to a certain extent co-creators or co-authors of the text.

Narrative theory continued to be an important part of my conceptual diet as I moved increasingly into the study of Latinx films and comic books. It continues to inform my writing and teaching, deepening an understanding of all of the shaping devices that are used by creators to make stories interesting, engaging, and alive. Narrative theorists over time have been able to refine and add to the kind of periodic table of shaping devices so that we can see better what is going on both in film, comic, and literature. It’s not surprising that I found myself gravitating toward narrative theory. It’s the natural space for a kind of analysis that I was hungry to use in my work and in my classrooms as a professor.